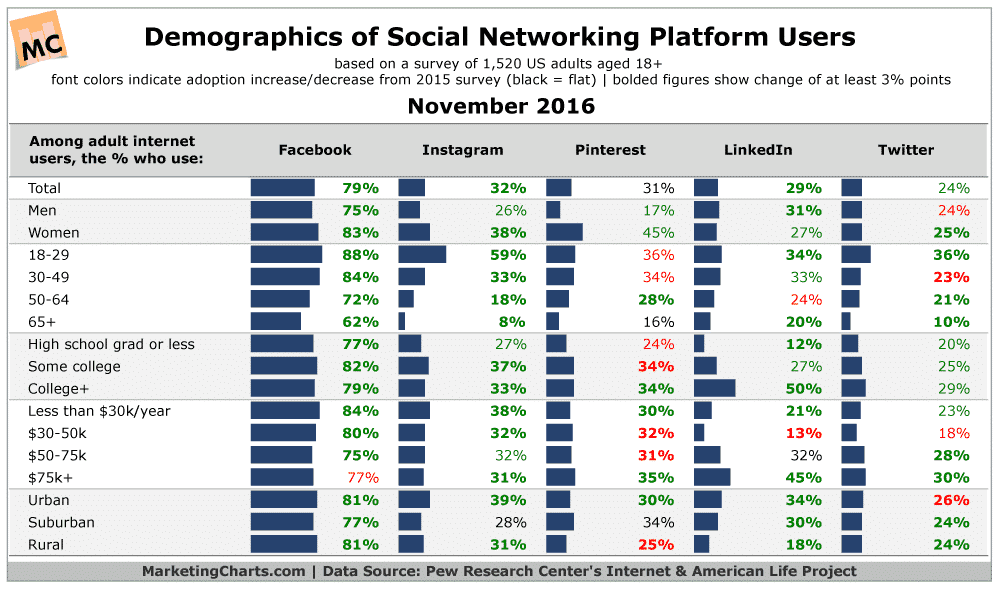 Facebook continues to be by far the most popular social media platform, used by 79% of online adults in the US, according to a new study from the Pew Research Center’s Internet & American Life Project. Beyond Facebook, other major platforms are tightly bunched, with Instagram overtaking Pinterest in adoption.

While Facebook is up among men, seniors, lower incomes and rural dwellers,  affluent users was slightly down.

Instagram is up among women, lower incomes and rural dwellers.